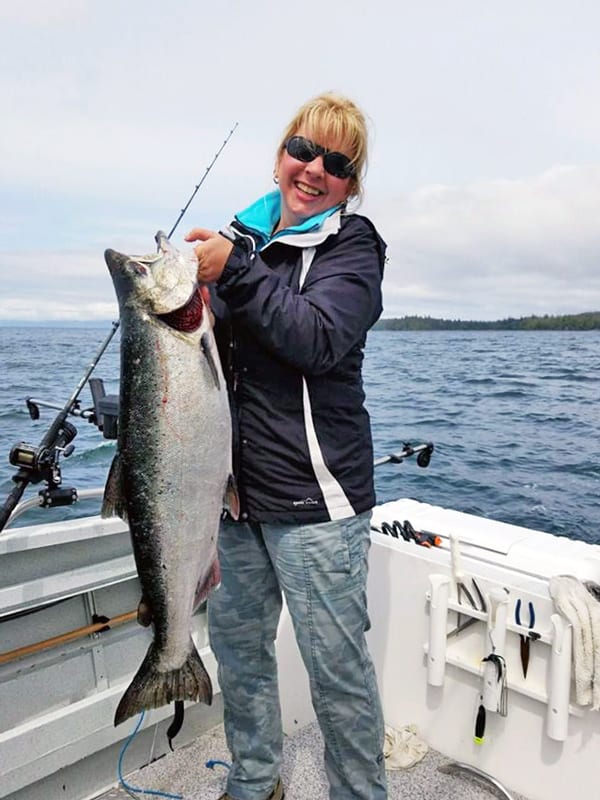 Learn about why Alaska salmon is some of the tastiest in the world, and just what makes Alaska salmon fishing so much fun. Are you putting this on your list?

Alaska salmon has a uniquely delicious flavor and is considered one of the tastiest fish in the world. Taking a vacation and engaging in some Alaska salmon fishing is also a ton of fun.

Check out these neat facts!

Some of these Alaska salmon facts may surprise you.

7. Salmon can live to be eight years old.

From egg maturity, a salmon can live anywhere between three to eight years old.

Out of a lot of seafood, salmon ranks towards the top as one of the healthiest fish to eat.  Salmon contains something called omega-3 fatty acids, a type of unsaturated fat that can lower your risk of death from heart disease.  Omega-3 fatty acids protect your blood vessels, thus keeping your heart healthy.

Salmon also contains vitamin B12, potassium, and selenium. Consumption of salmon has been linked to a lower risk of cancer, asthma, diabetes, and Alzheimer’s disease.

5. Salmon can kick some serious butt.

Alaska salmon fishing for the first time can really wake you up to how powerfully athletic Alaska salmon are!  Salmon can swim upstream and jump nearly ten feet in the air to get past waterfalls.

On top of that, salmon can pack a serious punch if they are caught, especially if they’re a more matured salmon.

4. Alaska salmon only spawn once.

Well, most of them do.  Read about the 7 life cycle stages of pacific salmon Most Alaska salmon can spawn one time before dying. The males tend to die right after mating, and the females tend to die after laying her eggs in redds.

3. Salmon can see better than we can.

This means they can see in every direction except for right behind them.

This, of course, can make Alaska salmon fishing a bit difficult when your opponent can see in almost every direction.

2. Salmon are one of the most adaptable fish on the planet.

It’s true! The salmon can go from living in freshwater to living in seawater and back and forth between the two.  Alaska salmon start out in freshwater before migrating to the ocean where they adapt to seawater.  After a few years of living it up in the ocean, the salmon return to their freshwater stomping grounds to “spawn”, or reproduce.

1. Salmon are fairly prominent in mythology.

One example of salmon’s place in mythology is the Irish legend of the “Salmon of Knowledge”, where a salmon ate some nuts that fell into the Well of Wisdom and gained all the world’s knowledge.

Whoever caught and ate this salmon gained all of the world’s knowledge as well.

Have A Blast At Your Next Alaska Salmon Fishing Trip!

Were these facts about Alaska salmon fishing interesting?

Do you know an interesting fishing fact you’d like to share? Tell us what you think in the comments below!